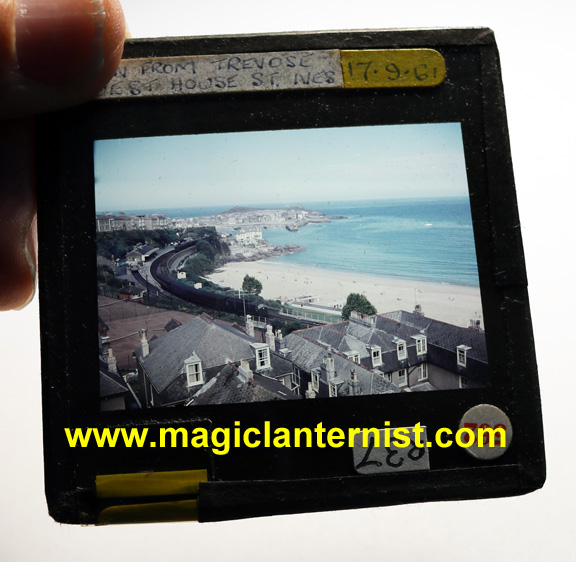 Occasionally, I step outside of my Victorian magic lantern slide theme and feature ‘modern’ projection slides. Such is the case today with these transparencies from 1960 and 1961 of St. Ives and Carbis Bay in Cornwall.

They are, of course, similar to countless millions of slides taken by amateur photographers in the 1960s and 70s, often whilst on holiday and nearly always of mind-numbingly boring subjects. These three are, though, better than average as they are a larger format than usual, measuring 2.75 inches square, have retained their colour  (which most don’t) and have captions, so we know the location and the date. This suggests that they were taken by an amateur photographer with a good quality camera, using expensive film, ‘documenting’ his (almost certainly a man) holiday rather than just taking random snaps. 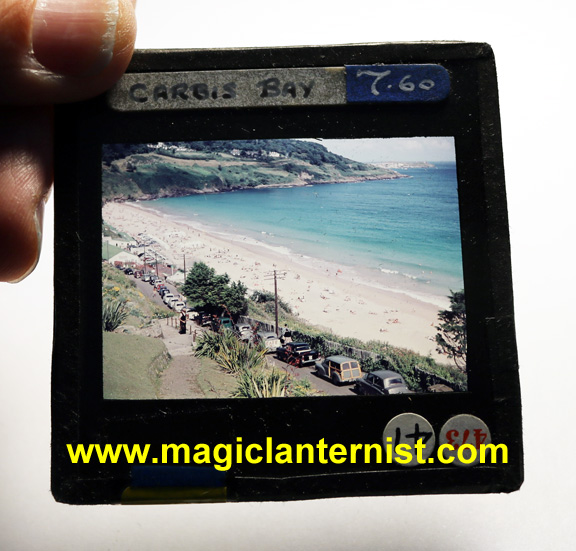 They are full of interesting detail …. a diesel locomotive leaving St. Ives pulling just three carriages and another one heading into the station; a row of (what are now) vintage cars parked at Carbis Bay, including a Morris 1000 Traveler, and a beach full of families enjoying the sunshine. The latter is striking because of the amount of clothes they are wearing. It’s possible, of course, that it was a chilly day but compared to todays’ beach-wear, these people are wearing full evening-dress. A few of the men have managed to fight the convention of the day and have removed their ties ….. so this would suggest that, actually, it was a scorcher! 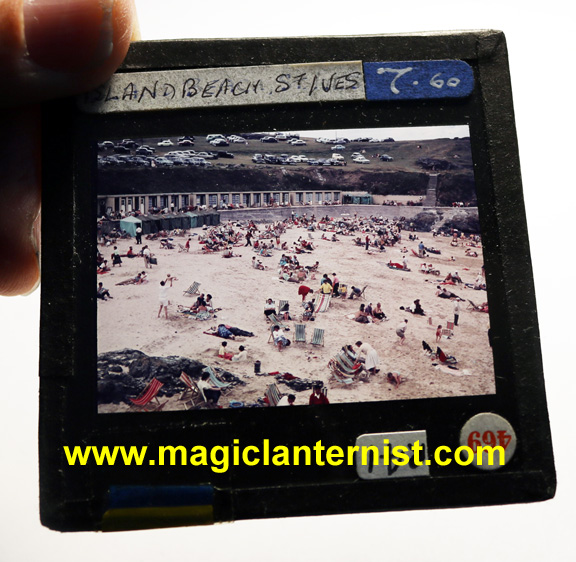 One of my many booklets that combine text from Victorian travel guides and photos from my archive is called ‘St. Ives through the Victorian Magic Lantern’. It is available from Amazon.