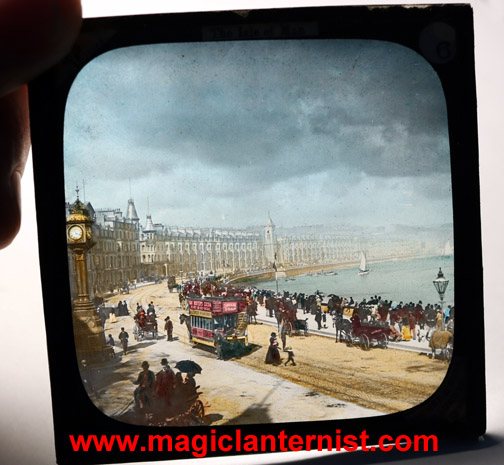 The Isle of Man is a strange place but in a good way. In fact, it’s a hidden gem. Most of us know where it is (for those who don’t, it’s in the Irish Sea due west of the Lake District); many have seen it from afar as, on a clear day, it is visible from Wales, England, Scotland and Ireland and it’s probably most famous for its annual TT motorcycle races. Often though, the news about the races is how many riders have been injured or died.

It is a British Crown Dependency (whatever that is) and has its own government, currency and laws and low tax rates, which make it a bit of a tax haven. Though not far away geographically, it’s still a four hour ferry journey from Liverpool.

Whilst it is, of course, a modern ‘country’ in every way, it has retained much of its Victorian infrastructure, which gives it olde-worldy appeal for people like me. It still operates the world’s first, horse-drawn, passenger tramway in Douglas, the island’s capital and has an electric tramway, an electric mountain railway and a narrow gauge steam railway. In addition, it has castles, pretty villages and glens, beaches, a mountain, harbours, historical sites in abundance etc. and yet, who do you know who has actually been there? Well I have and I will return. (Hopefully, the tourist board will read this and offer me an expenses paid lecture tour!)

Today’s two magic lantern slides show Douglas when it was a thriving, rather up-market, Victorian seaside resort and the Laxey Wheel which was built in 1854 to remove water from a local mine and is still going strong. The waterwheel is 24 yards in diameter (‘yards’, remember those, before we apparently went metric) and you can see a couple of people climbing the steps, which nicely demonstrates the scale of this very impressive piece of engineering. Talking of metric distances, why does the media, especially the BBC, always describe distance in kilometres rather than miles? To my knowledge, Britain hasn’t formally adopted metric units of length ….. but perhaps I’m wrong. Whether we have or not, I’m sure that many people, like me, find it easier to relate to five miles than five kilometres. That’s today’s rant out of the way!

Both lantern slides were hand coloured when new and whilst not the finest examples of tinting, they would certainly have brought these views to life for Victorian audiences.

To see my Isle of Man booklets, visit my ‘My Books‘ page.

PS. For those interested in one hundred and thirty year old weather updates, it’s a bit overcast in Douglas and clear blue skies in Laxey. 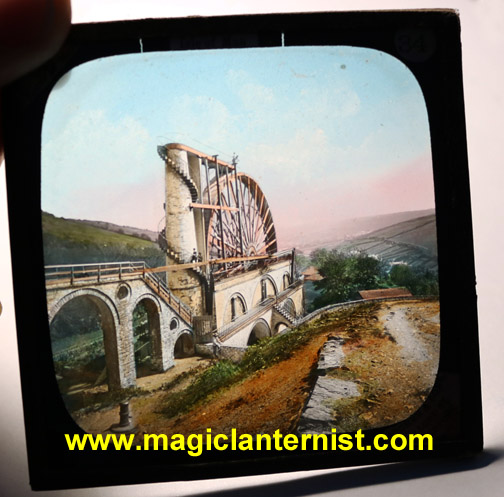 Please visit my website and receive new posts by clicking ‘follow’ at the bottom of the page.